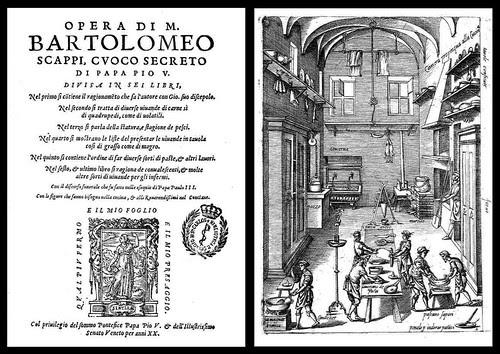 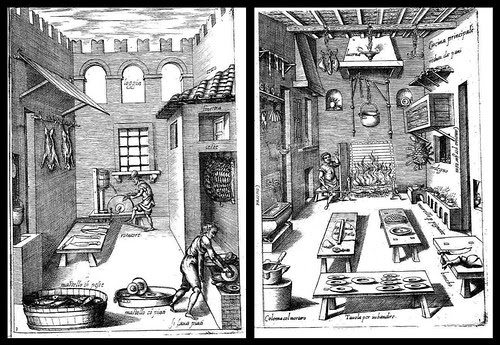 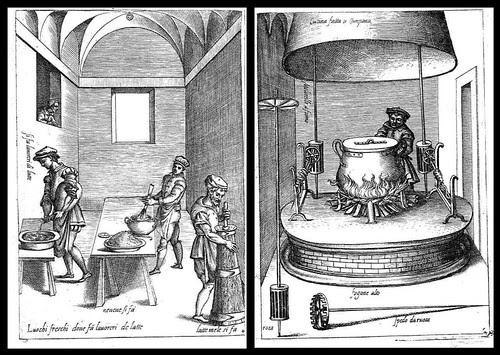 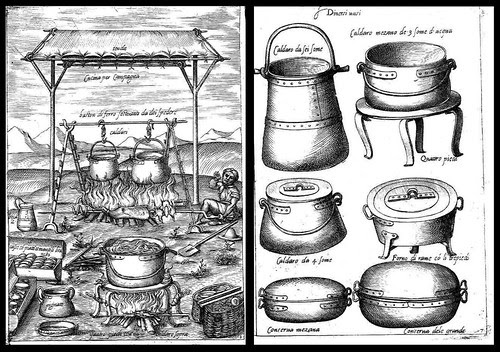 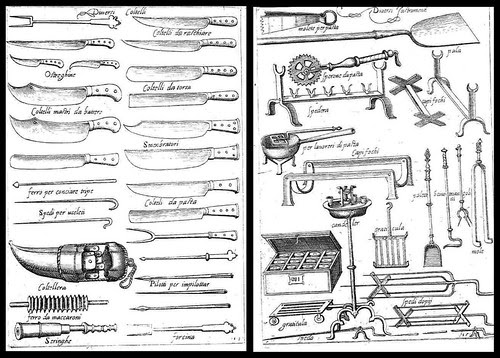 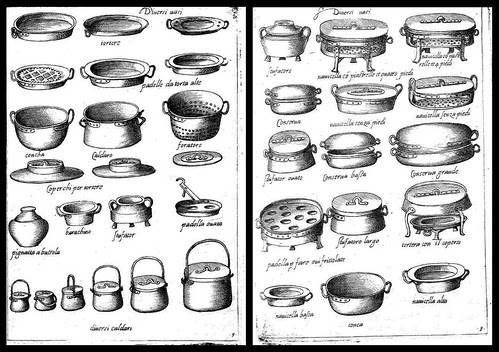 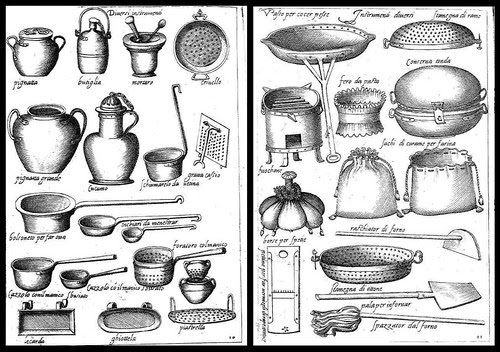 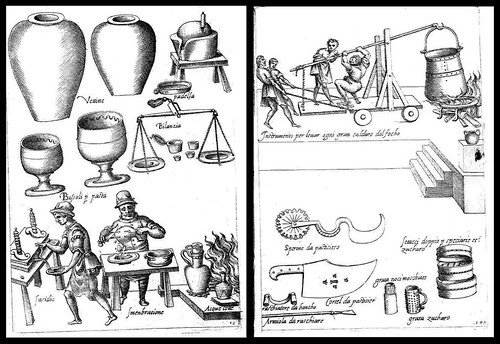 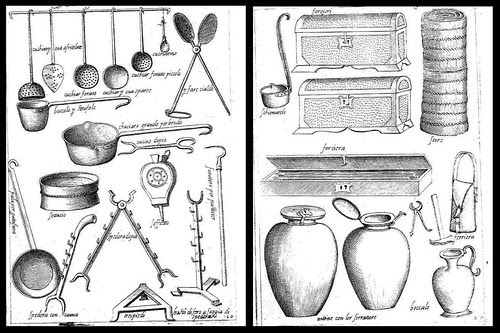 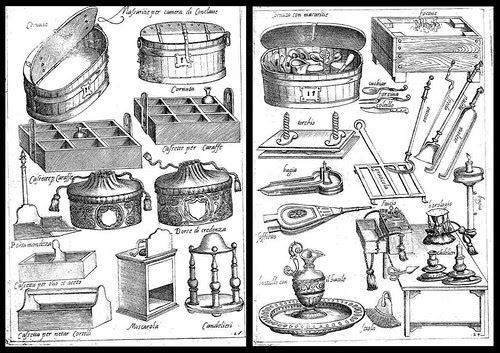 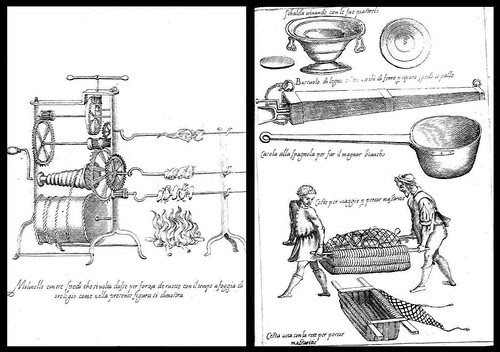 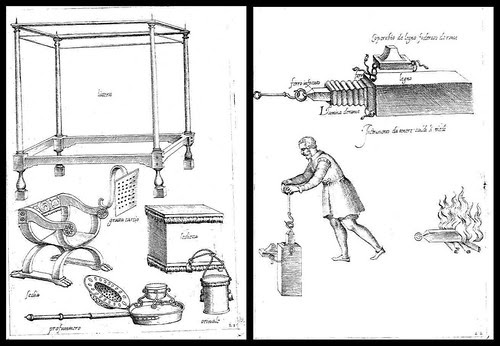 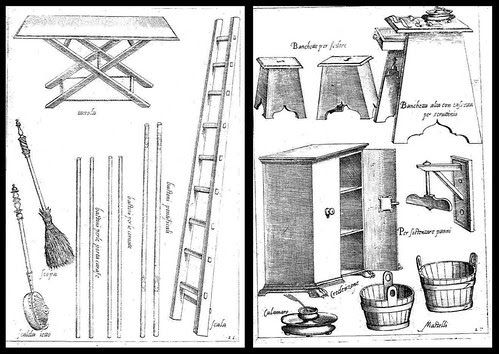 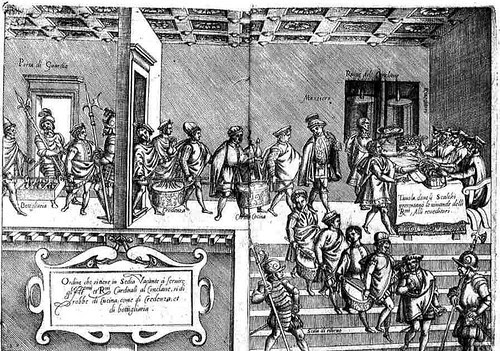 Bartolomeo Scappi (?1500-??1577) was perhaps the most famous chef of the 16th century. The banquets he prepared during appointments with Cardinals in the north of Italy brought Scappi to the attention of the Pope. He would cook for six Popes in total and was employed as private chef to two of them.

Lasting fame accompanied the publication in 1570 of the 6-book series known as 'Opera' [The Work(s)]. It was more a culinary treatise than a mere cookbook. Scappi included more than a thousand recipes, demonstrating his familiarity with dishes from a range of European and North African countries as well as his expertise with regional Italian cooking.

"The recipes of Bartolomeo Scappi blend the heritage of medieval gastronomy (spices and sweet-and-sour sauces) with some novelties unique to Italian Renaissance cooks : the important addition of offal in imitation of roman cookery, the introduction of dairy products (butter, milk), a significant increase in the number of meat or fish dishes employing the use of sugar, and the beginnings of flaky pastry."

The divisions of the work are as follows:

Book One: Begins with an imagined dialogue between a chef and his student about cooking, the duties of a head cook, kitchen implements and how to identify and preserve good quality food.
Book Two: Use of quadruped meat and domestic and wild birds and preparation of sauces.
Book Three: Vegetables, fish and eggs.
Book Four: Seasonal foods and the items required for travelling with a nobleman.
Book Five: Pastries, cakes, and savoury dishes.
Book Six: Food for the sick/convalescents.

Seven editions of 'Opera' were released in about the first fifty years following the original publication and plagiarised sections appeared in numerous other culinary books. Scappi's magnum opus remains one of the great primary sources - in both written and visual terms - for factual details about the kitchens and cooking practices during the Renaissance.

Method
1. Preheat the oven to 180C/375F/Gas 5.
2. Blanch the aubergine slices in a saucepan of boiling salted water for about five minutes, but don't let them get too soft.
3. Drain well, then dust with flour.
4. Spread a layer of aubergines over the base of a fairly shallow ovenproof dish. Top with some of the herb mixture, spice mixture, chopped garlic and a splash of oil.
5. Continue layering up the ingredients (you should make 2-3 layers), ending with a splash of white wine vinegar.
6. Transfer the dish to the oven and bake for 30-35 minutes. Serve immediately.